Find a Co-Parent Match with Coparents.com

Co-parenting doesn’t have to be the result of an ugly separation or divorce; in fact co-parenting is often a very agreeable part of gay or lesbian parenting. If you are in a same-sex relationship and you want to become parents, you might want to consider co-parenting before getting involved in a process such as surrogacy or artificial insemination which can be expensive, time-consuming and complicated.

Get started today by reading profiles on coparents.com and consider advertisements from prospective co-parents. Our co-parenting forum is your safe space to discuss views with possible co-parents regarding conception, pregnancy and upbringing, and depending on your circumstances you can search through advertisements for a lesbian or gay couple, a single woman or a single man. All of this depends on your preferences regarding your co-parent.

Once you’ve found your ideal co-parent(s), we strongly advise you to develop and agree to a signed co-parenting contract, as suggested in our blog, and then decide on how you want to go about insemination, whether that is artificial or natural. You’ll be surprised at how many happy gay and lesbian coparenting stories started with a home insemination. 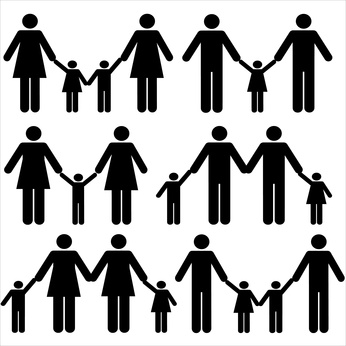 How Does Co-Parenting Work?

Co-parenting is the philosophy that two (or more) individuals with non romantic coparenting attachment get together to have a child. It is often the chosen method of having a child by same-sex couples and single individuals, in order to have a partner with whom to share responsibility of the child without the stress and challenges of a romantic relationship.

Same-sex co-parenting could involve one gay couple and one lesbian couple, or one same-sex couple with a single individual. This is the ideal solution for same-sex couples wanting to have a baby without going down the route of a donor or surrogate, and enables the couple to share responsibility with another.The options for same-sex couple include sharing the child between two households close together, where both couples, or the couple and the individual, provide equal parenting, finances and responsibility as well as custody of the child. The other option is to have the single person move into the same home as the couple, either as a short-term or long-term arrangement, in order to more closely organise every point of the process from insemination, through pregnancy and into the upbringing of the child.These options are completely up to you and your co-parent depending on how you want to go about your child’s upbringing.

Non-romantic co-parenting is the journey chosen by two single individuals who wish to have a child without the ties of a romantic relationship. The co-parents will usually share equal responsibility of the child including finances, education, custody and all other aspects of the child’s upbringing. The child usually grows up in two different households, but the platonic couple could also choose to share a house in order to make the first years of their child’s life more seamless.

Finding a suitable co-parent match online?
Around 20% of all adults never have a child of their own, and for some people this is entirely by choice, but for others this is by circumstance. Professional people with strong values, impressive resources and inspiring life experiences often reach their 30s and find themselves single for varying reasons, but with everything that they want from life but a child.Being in a position where parenting with a romantic partner is not a possibility shouldn’t close doors, it should open them, and that is the option that coparents.com wants to give its members.

Why would I have a child with a stranger?

You won’t by any means be having a child with a stranger. Choosing a co-parent does not happen overnight, and by choosing a co-parent you will be choosing somebody with whom you share values, similar goals and parenting outlook in order to bring a child into the world.Before you bring your child into the world however, the aim of co-parenting is to get to know one another and form a friendship or personal relationship on which you can base your parenting. The most successful co-parenting partnerships come from co-parents who spend a lot of time getting to know each other before beginning to process of insemination, pregnancy and child upbringing.

What is the difference between a co-parents and a ‘known donor’?

A co-parent is somebody with whom you share all parenting responsibilities from finances to education, religion and custody, whereas a known donor is somebody who donates sperm or an egg in order for you to have a child, but might not necessarily want to have a part in the upbringing of the child.The known donor will be somebody known to you, you might meet them through coparents.com or you might have known them before. Knowing your donor will enable you to ask all of the questions which you want to know about the natural parent of your child, such as these examples on our blog.

Who will be the legal parents?

That depends on your preferences and the arrangement that you have with your co-parent. Depending on whether you are two single individuals or two same-sex couples, in the United States it is legal for up to three parents to be named as legal parents on a child’s birth certificate.

26 thoughts on “Find a Co-Parent Match with Coparents.com”