What is a female egg donor?

Couples these days are struggling with infertility more than ever before. Getting pregnant using donor eggs via IVF is one of the potential solutions that can help them start their family.
Just as men can donate their sperm, women can also donate their eggs to those in need. However, the procedure that these female egg donors undergo is much more complex and demanding than that of their male counterparts. This is due to the fact that their generous commitment involves surgery under sedation and daily injections for about two weeks. 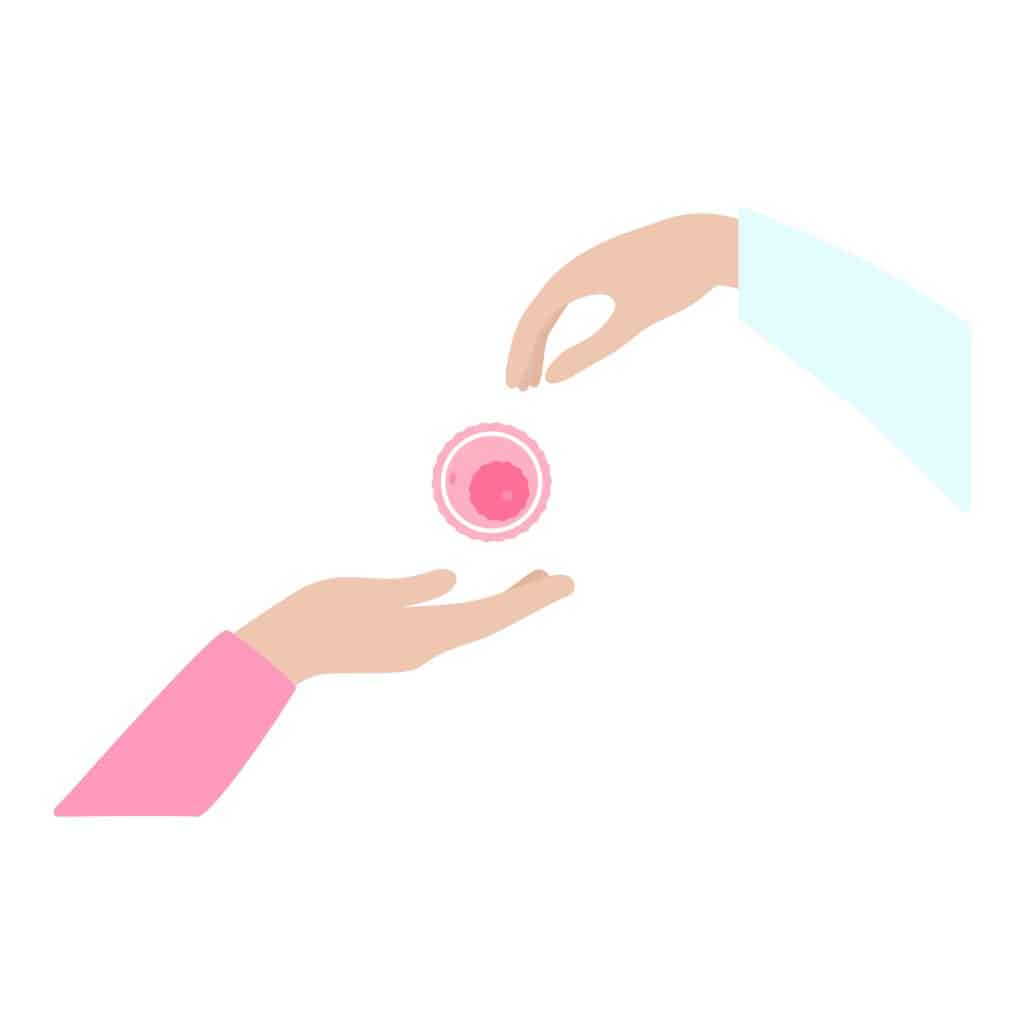 Why might a woman donate her eggs to another woman?

Women who make the rewarding decision to donate their eggs have many different social profiles and come from a variety of backgrounds. However, all of them must be young and healthy, amongst other crucial criteria. Another thing that they usually all have in common is the strong desire to help people start their family, sometimes because they have personally encountered people struggling with infertility.

Egg donation is a very tiring process. The compensation that donors receive in exchange for their very generous act can also be a potential incentive to donate.

Most of the time the donors are unrelated to the recipients. They can be anonymous, non-anonymous or semi-anonymous and they are usually recruited by agencies or fertility clinics. Conversely, these women might instead know their recipient personally, for instance, they could be friends or members of the same family.

Who is qualified to become an egg donor?

Criteria may vary from agency to agency, such as the age, level of education or BMI. However, in general, to qualify to donate egg donors should:
• Be aged between 21-33, although some agencies only accept donors between the ages of 28-31. In some clinics, egg donors whose repeated donations have resulted in successful pregnancies may donate until 33.
• Be physically and emotionally healthy
• Have a BMI under 30
• Be non-smokers
• Not use recreative drugs
• Not have a history of substance abuse
• Have both of their ovaries
• Have no family history of a genetic condition.

To be qualified for donation, candidates must first be thoroughly screened by a doctor and undergo a series of tests including drug testing, ultrasounds, blood tests, genetic screenings.
If the tests are satisfactory and the donor meets the requirements for donation, they are matched with a recipient. Then, the egg donation process (which is similar to the beginning of the IVF procedure), can finally begin.

The egg donation procedure includes the following steps:
1. First, the egg donor takes a medication called Lupron (daily self-administered injections) to suppress her natural cycle and synchronize with her recipient’s cycle.
2. Then, the egg donor self-administers daily injections of a hormone called gonadotropin to boost the production of multiple mature eggs (instead of just one in a natural cycle). This is called the ovarian stimulation process.
3. Whilst undergoing ovarian stimulation, the development of eggs and hormone levels are regularly observed via ultrasounds and blood tests. This monitoring also serves to pinpoint when to collect the eggs.
4. The recipient must prepare too, by creating a favorable uterine environment for embryo implantation. To do so, she is given hormones (estrogen and progesterone) whilst the donor is stimulating her egg production.
5. Once the eggs have reached the right size, the donor will be given a hormone called “human chorionic gonadotrophin (hCG) in order to trigger ovulation.
6. About 36 hours later, the eggs are retrieved under light anesthesia. This procedure, called egg retrieval, is performed with the help of an aspiration needle and through ultrasound guidance. It usually lasts for about 20-30 minutes and the donor can go home a few hours later. The procedure is quite painless, however, potential side effects include cramping, abdominal pain, light bleeding and constipation.

Yes, egg donors earn money for their donation. What they receive can vary but on average they are paid between $5,000 to $10,000 per donation. In certain cases, for instance, donors who are in high demand and who have exceptional qualities may receive much more, sometimes tens of thousands of pounds.

Who might need an egg donor to have a baby?

Unfortunately, a woman’s fertility and quality of eggs decreases with age, which can make conceiving difficult or even impossible. Egg donation can, therefore, provide a solution to help them start their family.Early menopause and carrying a genetic disease that could be passed on to their child are other reasons that might prevent women from becoming pregnant with their own eggs. Those undergoing treatments such as chemotherapy and radiotherapy, which can deteriorate a woman’s fertility, may also choose to undergo IVF with donor eggs.Finally, infertile people or gay couples who want to start their family can also use donor eggs to have a baby via surrogacy.

One thought on “What is a female egg donor?”