Advantages and Disadvantages of Using a Known Sperm Donor

If you want a child and your partner has a low sperm count, you’re a single woman or a couple in a lesbian relationship, you are going to need a sperm donor.
Sperm donors can be found online, or through someone you know personally. You can also use sperm that has been donated to clinics by a donor who isn’t known to you.
If you decide that you want to use a donor that you know, there will be advantages and disadvantages which you’ll need to think about before you make your decision.

Well, first of all you know who they are. You might have known them a long time, or they might even be a family member. It might be someone you work with, a member of your club, an old friend or a relative. They may have offered to become a donor knowing that you are having difficulty conceiving, or you may have had to ask them and they have agreed.
You will probably know quite a bit about this person, apart from the obvious things like hair and eye colour, you’ll know whether they are athletic, hold down a good job, or have a calm temperament and a good sense of humour. 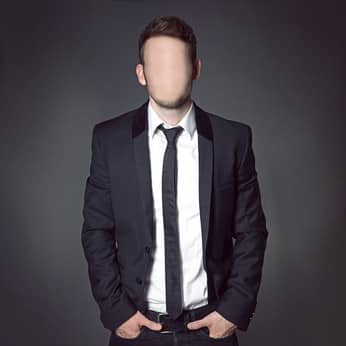 You’ll know if they are healthy, whether they smoke or drink and what kind of lifestyle they have. It will be easier to ask them questions about their medical history and their previous relationships. Plus, the procedure itself won’t seem so intimidating if it is carried out using a donor you know and trust.
Using a known donor is good too, if they are agreeable to being part of your child’s life, if that’s what you want. It means that the child will know their biological dad and they will have a male figure to look up to.
You’ll save yourself the money it would have cost to use a clinic and you can make an immediate start if you wish to try for a family. At a clinic you will have to go through a process of form filling and an interview with your own doctor and one at the clinic before you can begin. A known donor will probably donate sperm free of charge.

You might not get truthful answers to your questions about a known donor’s lifestyle. They might not want you to know that they have a lot of sexual partners and this means they might have put themselves at risk of catching a sexually transmitted disease that they don’t know they have, such as chlamydia, gonorrhoea and hepatitis B, which sometimes don’t show any symptoms for several weeks or months.
If you want to have a known donor’s sperm tested, then this is going to cost money and take time (sperm is frozen and quarantined for six months). Unlike frozen sperm at a sperm bank, which has already had the necessary tests and is ready to use immediately.
You may decide that you don’t want your known donor to have anything to do with your child. If your known donor agrees that’s fine, but things change over time and you might find yourself in an awkward situation where the donor insists on being involved. Make sure you know the laws in your State regarding known donors and draw up a legal contract with your wishes written down, this might not help you if the donor decides to go to court, but it can be seen as evidence that the original agreement was that the donor would not have any rights to the child.
Whether to opt for a known donor or a clinic is a choice only you can make. Look at the pros and cons and think about your own circumstances before you make the decision.