What is platonic parenting?

A growing number of people choose to partner with a co-parent to start a family without being romantically involved. They are single or in a same-sex relationship, best friends who have known each other for years or people who have met online. This societal phenomenon of having a child with a platonic partner is called platonic parenting or co-parenting.

Parenting with a platonic partner or co-parenting is when two or more people decide to raise a child without being romantically involved. Platonic parenting may concern those who are divorced or separated, but have decided to stay together to raise their children. People who choose to co-parent a child without being in a relationship from the conception are also in a platonic parenting situation.
Whether they have been a couple or not, the co-parents work as a team, sharing all responsibilities and rights towards their child. Any important decisions related to their child must be taken jointly (educational, medical, spiritual, etc.). 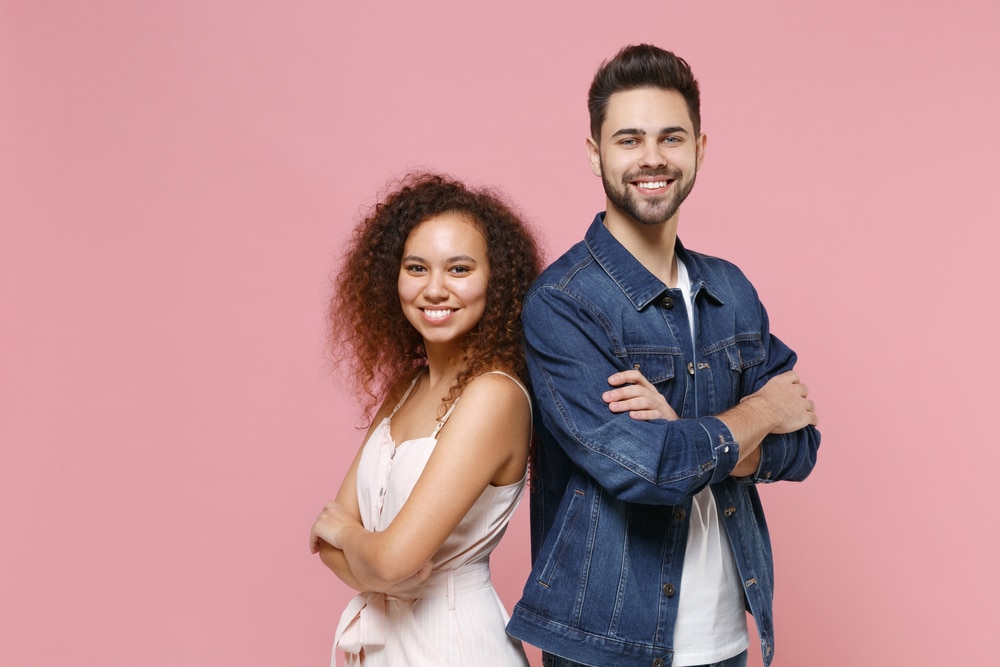 Why raise a child with a platonic partner?

Today, the average age of first-time pregnancies is much higher than it was a few decades ago. Nowadays, many women have a baby after 35 and even after 40. One of their reasons for postponing pregnancy is that many of them don’t have a partner and/or don’t feel financially secure enough to have a baby on their own.
Having a child alone is one solution for those who sense their biological clock ticking and don’t want to give up on their dream of starting a family. In order to become pregnant, they can choose to look for a sperm donor, whether known or anonymous, on the internet or in a sperm bank.
Other women prefer to look for a co-parent, rather than a sperm donor who doesn’t get involved in their child’s life. In most cases, the idea is to conceive a baby via fertility treatment and then raise the child platonically. Some co-parents decide to live in two separate houses and share custody of their children, usually opting to remain as close as possible to each other. Others prefer to live under the same roof as their partner in order to raise their child together.
Lesbian or gay couples can also take the decision to partner with a single man/woman, or with another couple who are willing to have a child with a co-parent.

The rising popularity of platonic partnerships may also be explained by the fact that raising a child can place a great deal of pressure on a romantic relationship, and the stress involved can sometimes even lead to a separation or divorce. These types of stressful environments can be unsettling for children.
Those who have experienced the divorce of their own parents are therefore concerned that starting a family with a romantic partner has the potential to end in a difficult separation, which they know will be hard on the child.
Therefore, remaining friends rather than being in love allows them to avoid many of the issues related to a breakup. Respecting and supporting each other is made easier and, as a result, the wellbeing of the child is more easily guaranteed.

How to find a platonic partner or a co-parent

If you want to have a baby with a co-parent or a platonic partner, one solution is to discuss with those around you your wish to start a family without being in a relationship. You may have friends (single or otherwise, heterosexual or homosexual) who are also looking for someone to have a baby with.
Those who don’t know anyone willing to raise a child with or don’t feel comfortable with this idea can look for a platonic partner online using a dedicated website. Via our huge database, CoParents connects men and women wishing to start a family.
Once they have found their potential partner, the two parties can decide on a platonic parenting arrangement in order to define the roles and the responsibilities of the co-parents.

How to choose the right platonic partner

Taking the time to find the right co-parent match online is essential, as you will become partners for life once your baby is born.
Keep in mind that the search for the right person can sometimes last for years. Before being committed to each other and going any further, you need to be certain that you are on the same page and are able to make the best decisions where your child is concerned. It’s important that you take the time to get to know them very well, in order to be perfectly sure that you can trust them.

How to conceive with a platonic partner

There are different ways to become pregnant when having a child with a co-parent. One is to undergo an artificial insemination. The process involves collecting and then inserting the sperm of the male co-parent into the woman’s uterus or cervix. This procedure can be performed at home with an insemination kit or in a fertility center by a medical staff.
Another option is natural insemination through sexual intercourse. If this is your choice, make sure that your co-parent has undergone all of the necessary medical screening tests (HIV, Hepatitis B and C, Chlamydia, Gonorrhea, Syphilis).
In vitro fertilization (IVF) is an alternative for those who have fertility issues (for instance, blocked or damaged fallopian tubes, ovulation disorders, or premature ovarian failure). This is also a solution for those who require donated eggs. To perform IVF, the woman’s eggs (or those of a donor) are fertilized by sperm in a laboratory. The resultant embryo is then transplanted into the woman’s womb.