What Motivates Men to Donate Sperm ?

Sperm donation is the act of donating sperm in order for it to be used to try and conceive a child. The donor can give his sperm to a woman privately, or donate it to a registered clinic.

Donor insemination has been carried out for many years, but it didn’t become legal until the 70s in America and in 1990 in the UK. All sperm donors were anonymous.

Nowadays however, in America you choose whether or not you want to remain unknown, but in the UK any donors who donated after the 31st March 2006 can no longer keep their anonymity.

Men donate for a variety of reasons, young students usually do it for the money. Others because they want to help to create a child. 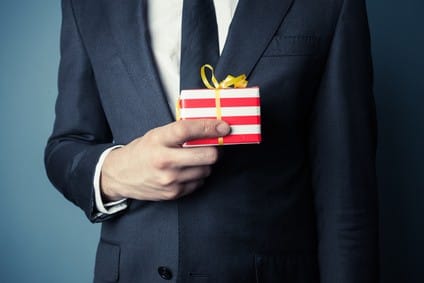 According to the sperm bank, Cryo bank, men should donate to:

In the Guardian newspaper, Chris Whitman needed the money and he thought it would be a good way to earn some extra funds whilst helping someone at the same time. He quite readily admits that he did not really think beyond the cash in his pocket until he had children of his own.

Then again there are men like Mark Jackson and Ed Houben, who according to an article in the Daily Telegraph decided to become sperm donors so that they could leave their mark on the world.

If you decide to donate, you can do so through a clinic, or privately, advertising through one of the many websites that have been set up for this purpose.

If you donate through a clinic the whole process can take up to six to eight months. Once you contact a clinic, they make you an appointment and you answer a lot of questions about your health and lifestyle. The next stage is to take blood and semen samples, which will then be put through a battery of tests.

If you are healthy enough then you will then be expected to visit the clinic up to eight times and at each visit give a semen sample. Some months after your final visit you will be asked to go back and give a final blood sample and then your sperm is placed in the sperm bank.

Many men however prefer private donation because they get to see and talk to the person they are donating their sperm to and get a feel for how any children that they conceive will be raised. Private donors are usually found online or by word of mouth.

It can be a tricky process, according to Stephen Doig’s article in the Daily Telegraph not all people donors meet turn out to be kind and friendly. There is also the problem of the landmark legal case in 2013. This was the case of a sperm donor who was held to be responsible for maintenance payments. The mother claimed that the baby she had, was conceived through natural insemination (by intercourse) and therefore the donor was found to be the child’s legal father.

Many private donors are keen to be involved in some way in the lives of the children they have helped to conceive. Whether that is just by sending a birthday card once a year, or swapping emails, these men don’t want to be a secret.

Others, prefer to remain anonymous and choose not to give sperm at a clinic. Some men even provide a false name and address as a private donor, so that they can’t be traced.

Whether it is for the small amount of cash a donor receives, or because a man wants to help create a much longed for child, or make his mark in the world. Donor insemination is becoming a more open subject.