What Are the Causes of Miscarriage?

Many women go through the difficult experience of miscarriage, a complication which occurs in up to 15% – 20% of pregnancies. Whereas in many cases this is no one’s fault and there’s nothing that could have been done to prevent it happening, knowing this doesn’t make the loss any less painful. Being aware of the causes of miscarriage can help you reduce the risk of one occurring.

Most miscarriages occur during the first trimester, usually during the first month and a half of the pregnancy. About 60% of these are due to the fetus carrying a glitch in it genes. Specifically, this means that the two sets of chromosomes (those of the egg and sperm) didn’t match during conception. As a result, the body rejects the fetus naturally.

Diabetes, lupus, heart disease, thyroid disorder, and uterine infections may increase the risk of miscarriage. Illnesses such as these make it more difficult for blood to reach the uterus, preventing the embryo from getting enough oxygen to breathe. However, having these conditions doesn’t make pregnancy impossible. Treatment, by medication for instance, can reduce the chances of losing the baby. 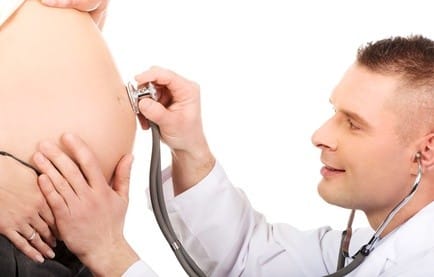 Some women have a womb that has a different shape or structure to the norm. In some cases, the embryo won’t be able to implant in the uterus, or, if it does, it might not get the nourishment needed which could lead to early pregnancy loss. Not every uterine abnormality will affect your ability to get pregnant. However, some of them will make it harder. Incidentally, many women only find out they have an abnormality while trying to have a baby or during their pregnancy.

By the end of the first trimester, the fetus will have grown considerably and will need more space. If the cervix is incompetent or weakened, it might start to dilate and open too early. This means that it won’t be able to retain the fetus, which could cause an early pregnancy loss.

Polycystic Ovary Syndrome (PCOS) is a disorder that provokes a hormone imbalance. Many women who have this syndrome grow numerous little cysts on their ovaries. They also have too much testosterone (male hormone) which can disrupt menstruation and make it difficult to conceive. Eventually, PCOS can prevent the endometrial lining from maturing sufficiently to support the embryo. Additionally, some women have a low-level of progesterone, a hormone that is necessary in pregnancy. Drug treatment can help you reduce the risks of miscarriage.

200mg or more of caffeine per day

Drinking 200 milligrams or more of caffeine daily (about two cups of coffee) can double the risks of miscarriage in comparison to women who drink none at all. Caffeine is present in all sorts of sodas, tea and energy drinks, therefore they must be consumed carefully and with moderation. One cup a day should be fine, but opting instead for decaffeinated drinks during pregnancy and while trying to conceive is safer.

Smoking can seriously harm the fetus due to nicotine crossing the placenta. Moreover, women who smoke have twice the risk of early pregnancy loss than non-smokers. Drinking alcohol while trying to conceive and during pregnancy also increases the rate of miscarriage. If you’ve drunk a few drinks because you did not realize you were pregnant, it’s fine, but you should stop immediately. This is obviously the same for recreational drugs whose chemical ingredients can poison the fetus. It’s best to avoid all of the substances mentioned above while trying to get pregnant. If abstaining from these things sounds difficult to you, you can get support and advice from your doctor.

Present in certain foods such as unpasteurized milk, some cheeses, deli meats, unwashed vegetables and fruits, Listeria monocytogenes is a bacterium that can cause an infection called listeriosis. In most cases, listeriosis doesn’t seriously affect the woman who is infected, however it can really harm the developing baby and eventually lead to miscarriage, stillbirth or premature birth. In order to avoid any unnecessary risks, it’s best to ask your doctor about the foods you can and cannot eat during pregnancy. Other bacterial infections, including mycoplasma hominis and ureaplasma urealyticum, can also increase the chances of losing your baby.