Women Who Want Sperm Donors – What Does the Perfect Donor Look Like?

When you go through a sperm bank for your artificial insemination sample, you are spoiled for choice. Sperm banks screen their donors well and provide you with a menu of options. You can’t get a sample from Brad Pitt, but you can select physical traits like height and eye color. You can see the level of education of your donor and what he does for a living. You can even have a choice of behavioral traits and core values. So what do women really want when it comes to a sperm donor? The perfect mix, of course.

Physical attributes are listed on most sperm donor descriptions. In fact, most sperm banks have basic requirements for their donors, including height. Those who are too short need not apply. Also unpopular is red hair. In general women want to avoid short, red-headed offspring.

It appears that women largely prefer their donor to be about six feet tall, with blue or green eyes, either blond or brown hair, and with a medium complexion. You can even get down to details like dimples, which are desirable according sperm banks. If you’re shopping for sperm, you’ll get to select for many of these traits, but don’t expect to get a picture. Most banks won’t allow it in order to protect the donor’s privacy. 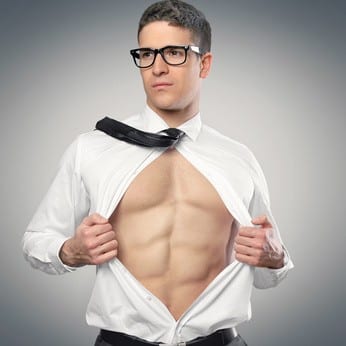 The Success and Intelligence of Bill Gates

According to researchers investigating what women really look for in a sperm donor, earning power is actually pretty low on the list. Future moms aren’t concerned about material things, but they do want sperm donors who are driven and smart. Being a high school graduate is a minimum requirement for most sperm banks, and many require donors have a college education as well. Donors that attended an Ivy League school are especially popular.

The Likability of Matt Damon

It turns out that women also want donor sperm from a man with certain personality traits and internal values. Sure, looks and ambition are great, but they’re nothing without kindness, charm, compassion, likability and a desire to make a difference in the world. Women want to give their future children a great personality. They want to give their children the chance to become likeable, good, and friendly people.

These traits are harder to quantify, but some sperm banks offer women taped interviews or extensive questionnaires filled out by donors to give them a sense of personality. Some may even have psychological testing or offer staff impressions of each donor to help women envision the kind of person their sperm donor is.

A Best Friend: The Perfect Donor or Disaster Waiting to Happen?

Picking the perfect sperm donor is hard work, and it’s also expensive. No matter how much testing and interviewing the sperm bank does, you are still getting a sample from a complete stranger. For these reasons it can be tempting to get your donation from someone you know. Maybe you have a best guy friend you’ve always admired. He’s good looking, healthy, smart, and kind. Most importantly, you know him. He is familiar, and you imagine he could produce great children.

In many ways, using a donor you know is a brilliant idea, but consider all the possible complications: Will your friendship be tested? Will it survive? Will your friend wish to be a father figure or will he prefer not to be involved with the child’s life? Will he change his mind about how involved he wants to be? If you have a current partner, will he be jealous?

Picking out a sperm donor, from your circle of friends or from a sperm bank, is a big deal. Take it seriously, but in the end realize that you can’t design your baby. No matter how carefully you choose, your child will be a beautiful surprise waiting to be discovered.

6 thoughts on “Women Who Want Sperm Donors – What Does the Perfect Donor Look Like?”