“I Want a Baby, Help!” – How to Have a Child if You Can’t Conceive Naturally

Many people who want a baby cannot have one if left to their own devices. People sometimes have medical problems that stop them from this or there are other issues that prevent parenthood. Would-be parents now have more options for help in creating a family than ever before.

Some families are created from adopted children. This works for many people but not all. The cost of adoption can be very expensive and sometimes it takes years to accomplish. 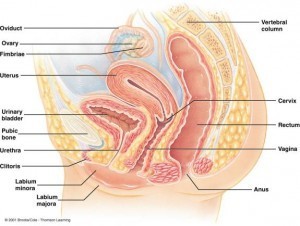 Sometimes those wanting a family that they have a role in creating instead of a child that comes from someone or somewhere else.

Sometimes couples marry young and think they will start a family “later”. Somehow, they get involved in education or career and put off the goal of family for a while. When they decide that they are ready to start their family, they might encounter reproductive problems. The potential mother can have problems with fertility or miscarry. The father might have an injury or have had an illness that has damaged or destroyed his ability to produce healthy sperm. Try as they might, nothing happens. They go to fertility doctors and spend money on fertility treatments. Sometimes they manage to have a child. Sometimes the only result is frustration and a depleted bank account.

Other potential parents are people who are not in male/female couple scenarios.

Single men and women sometimes want a baby but do not want or do not have a partner. Gay or lesbian couples face their own obstacles in starting a family. These people can use a variety of services to help start their family.

There are many possible solutions for childless people. If the mother is not able to conceive a child on her own or carry a pregnancy to term, a surrogate mother can be used. This is when a woman who has been carefully screened, usually by an agency, agrees to carry a child for someone else. Occasionally, the mother can carry a pregnancy to term but cannot produce a suitable egg. In this case, she can obtain a donor egg that can be used. This can be arranged using the father’s sperm or that of a donor. It usually uses the surrogate’s own egg but there are sometime exceptions to that. Sometimes the potential parents need help fertilizing their egg and in this case they can use the services of a sperm donor. Those who want a baby have more options now than in previous generations.