Tips to Influence Your Baby’s Gender: Does it Really Work?

“How to Conceive a Girl” or “What to Eat to Conceive a Boy” articles can be found all over the internet and almost every parenting website has one or several posts on this topic. If you’re trying to become pregnant, you might be tempted to follow a certain diet or have sex at a specific moment of your cycle in order to influence your baby’s gender, whether your preference is to have a little girl or a little boy. The important question is, does this actually work? Can we really influence a baby’s gender?

In the United States, the probability ratio of having a girl versus a boy is almost 50/50. Nonetheless, according to some researchers, certain behaviors or diets may in fact sway the chances of having one or the other, even if those chances remain slim and unsupported by firm evidence. That said, as long as you maintain a healthy diet and lifestyle, there is no harm in giving such practices a try.

There are all sorts of theories about what you should or should not eat in order to influence your baby’s sex. For instance, eating more (consuming more calories per day), having cereal for breakfast and following a potassium-rich diet makes it more likely that you will have a baby boy. Other studies say that salty foods and lots of red meat raise your chances of giving birth to a boy, while foods high in calcium and magnesium may help you to have a little girl. However, even if these beliefs are very common, there isn’t enough evidence supporting the theory that diet can influence the sex and researchers have not yet reached a consensus on this subject.

When trying to conceive, the most important thing is to maintain a balanced and varied diet, as doing so ensures that you receive all of the nutrients required to give birth to a healthy baby. 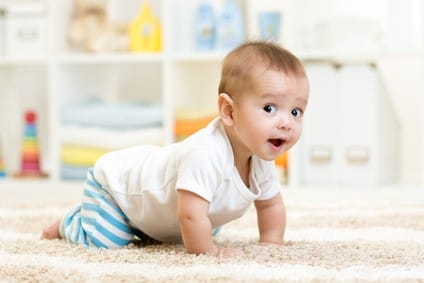 Can the time of conception influence the sex?

There is a theory that having sex closer to ovulation can increase one’s chances of having a little boy. Apparently, this is due to the fact that the lifespan of male sperm is shorter than that of female sperm and, therefore, attempting to conceive nearer the time of ovulation enables more of them to survive and succeed. There is evidence that male sperm (which carry a Y chromosome) tend to swim faster but live shorter lives than female sperm (X chromosome).

Just as with one’s diet, it is hard to know whether the timing of conception can really sway a baby’s gender, as scientific opinion on the matter remains divided.

Can stress influence the sex?

According to a study published in 2011 (the results were based on pregnant women exposed to a major earthquake in Chile), being under a lot of stress might mean fewer boys. One explanation is that male sperm (Y) may live less long under high stress than female sperm (X). Another theory is that stress may affect a woman’s hormones, which may make her body more welcoming to female sperm.

Is there a genetic predisposition for girls or boys?

Trying to guess a baby’s gender based on the number of boys and girls in the family is very common. You might even have tried it yourself! However, here again, there is a lack of evidence and no published research has ever come to the conclusion that there is a genetic predisposition for boys rather than girls, or vice versa.

Do I have more chance of having a boy via In-vitro fertilization?

According to a study from the University of New South Wales (Australia), conceiving via the assisted-reproduction technique may influence a baby’s gender. Women getting pregnant through  intracytoplasmic sperm injection and who had the embryo transferred into their womb after two or three days, would only have a 49% chance of giving birth to a baby boy.

However, for women who underwent a standard IVF treatment and whose embryos were transferred four days after fertilization, the chances of having a male baby increased to 56%. Although researchers don’t know the precise reasons for these results, they believe they may be linked to the length of time an embryo remains developing in the lab.

2 thoughts on “Tips to Influence Your Baby’s Gender: Does it Really Work?”