What is a surrogate?

The definition of a surrogate is a woman who carries and delivers a baby for another couple or individual due to a number of different reasons. It is usually, of course, due to a medical condition i.e. the woman cannot conceive as she has and pelvic or ovarian disorder, and these vary widely from the most common disease causing infertility internationally being PID (Pelvic Inflammatory Disease) which is a disease that is quite dangerous as it affects the pelvic and can affect other reproductive organs, i.e. the ovaries, uterus, fallopian tubes and cervix. There are other reasons for infertility in women that aren’t so severe like it simply being due to hormones or a fibroid in the uterus or tubes, but the option of surrogacy is quite common and many women choose this if they cannot conceive themselves naturally, whatever the reason may be. Some women even suffer the absolutely awful experience of being able to conceive but their body not being able to accept and embryo and therefore the suffer a very sad and emotionally disturbing miscarriage. This is another reason why a lot of women chose to use a surrogate mother.

How it works is that the surrogate mother arranges to carry and deliver the baby and makes and arrangement with the couple or person having the baby and then the finer details are worked out about how it’s all going to happen and monetary arrangements et cetera. There are various ways of how the actual process works and these are detailed here:

The surrogate is the genetic mother – this means that the egg is from the surrogate mother and she is inseminated with the sperm of the real father by AI (artificial insemination) as eggs of the natural mother are not viable.

The natural mother is genetically the mother this is called gestational surrogacy and it means that the egg is still the real mother’s egg and the sperm is still the real Dad’s sperm, but the conception cannot take place naturally due to the womb of the real mother being damaged or un-viable. The fertilization process takes place in a clinical setting and then transplanted into the surrogate mother’s womb to be carried until deliver and then the baby, once born, is handed to its real family – so she is the host for the baby to grow in. 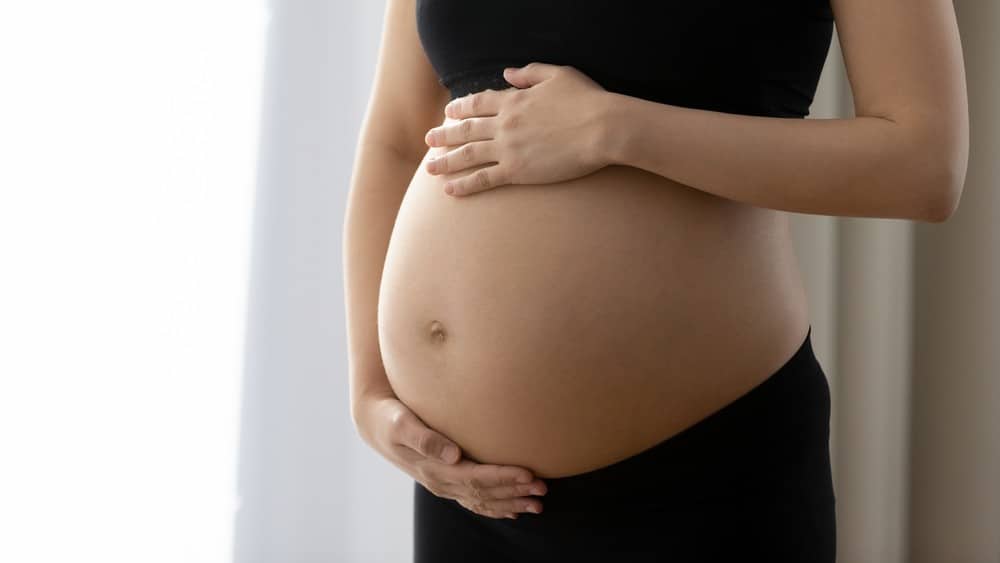 Why a surrogate? The reasons for this choice…

There are many reasons why a woman or couple may choose to use a surrogate and it’s a very personal choice. Women and couples choose to use a surrogate for a number of reasons and these can be from disease or infertility to problems with carrying a baby, multiple miscarriages or even problems conceiving. It is utterly awesome though that there are women out there that will offer their surrogacy services to people finding themselves in this awkward position due to one reason or another whether it is due to a medical condition like an ovarian disorder or pelvic disorder or down to something the mother may regret but cannot help now, like drug or alcohol use, or even obesity being the factor that has caused the infertility.

Whatever the reason, there is the option of surrogate and it becoming a very popular choice now in the USA and Canada and even internationally and has been around for a very long time. The most common disease that causes infertility in the US and world-wide is PID (Pelvic Inflammatory Disease) and this is very dangerous because apart from affecting the pelvis it can also affect the woman’s other reproductive organs such as the fallopian tubes, cervix and uterus – and should the woman miraculously conceive with this condition it will affect the unborn baby – which would be disastrous.

Surrogate is a safe way of ensuring if you have problems with conception or carrying a baby – you can organise and arrangement with a healthy carrier of children to carry and delivery your baby.

How it works – an arrangement is organised between the surrogate mother and the couple or woman who want a baby with the surrogate mother how it is going to work and what method is going to be used because there are different ways of working it. The real Mom may have perfectly good eggs and the sperm of the Dad may be perfectly adequate as well – but the Mom just can’t hold a baby in her womb or be able to deliver a baby, so the surrogate just carries the baby for 9 months and delivers it – this is called a Gestational surrogacy. Then there is the type when the Mom’s eggs are bad and the surrogate mother supplies her own egg and the sperm of the real dad is used. Either way, both options are available and used often by couples or women who cannot have a baby naturally on their own.

Countries where surrogacy is legalized

Surrogacy is not legal in a lot of countries and in some there are different surrogacy laws, rules and regulations that have to be followed and guidelines that have to be kept in mind when considering the option of surrogacy. If you live in one of these countries the rules will apply to you if you choose to go down the road of surrogacy.

The countries where it is legalized are the US (but be careful, it’s different in different states which I will detail in the next few following paragraphs), Hong Kong, Ireland, Australia, Japan, Sweden, South Africa, India, France, Serbia, Iceland, Canada (with Quebec having it’s own laws), Georgia (the country), the United Kingdom, Switzerland, Hungary, Israel, Italy, the Netherlands, Pakistan, Russian Federation, Belgium, Saudi Arabi and in Ukrane.

In the US you have to be careful as each surrogacy and its legal issues are all different dependant on which state you happen to be living in, and it varies considerably from state to state, so you really have to do your research if you are considering surrogacy. Some though have developed common-law regimes to handle any issues surrounding surrogacy. On the other hand, some states completely facilitate surrogacy and it’s contracts and some point-blank refuse to even consider them and refuse to endorse any laws or legalization around surrogacy at all. Some states even go as far as penalizing commercial surrogacy contracts. States that are pro-surrogacy will enforce surrogacy contracts which aid in making surrogacy a smooth the progress and other quite surrogacy-friendly states will just do the bare minimum of offering help and advice to couples or women wanting to opt for the surrogacy option. You will find that some states that have legalized surrogacy and are pro-surrogacy; for example Maryland, Arkansas, California and Illinois are some that have legalized surrogacy.

The main issue legally is the question of where the contract is completed and drawn up as well as where the surrogate mother actually resides as well as where the actual birth takes place or is going to take place. These are the main things you have to bear in mind when considering surrogacy legalization. In other words you don’t have to worry if you live in a state where surrogacy isn’t legalized, you can still consider surrogacy with a surrogate mother who will deliver the baby and lives in a state that supports surrogacy.

The role of the surrogate mother

For the couple or woman who is really desperate to have a baby of their own, you are a god-send and should be honoured that you are doing this awesome act of either carrying the real Mom’s egg already fertilized by the real Dad’s semen (this is called Gestational surrogacy), or you are also donating your own egg which will be fertilized by the real Dad’s semen. It could even be that the real Dad cannot produce viable sperm either, and then the egg is yours and the sperm is from a sperm donor. Whichever way the embryo is being made, you are the honoured host of the baby and you are going to deliver the baby as well and then have to hand this precious bundle of joy over to its new parents.

First of all, this can be quite an emotional act to do because even though you may feel awesome about doing something so great for a woman or couple that cannot naturally conceive, carry or deliver a baby, you have to give the baby up once it’s born and this can be extremely hard as you will have bonded with the baby whilst it’s growing inside you. Experts advise that you most certainly seek professional help and advice from a psychiatrist or do a lot of research online, seeking out different advice and assistance to get your head around this major act before your take it on.

Secondly, you will have to check you are viable as a surrogate and may have to take some medical tests which may be quite involved depending on the clinic the insemination is taking place in, each clinic will have its own regulations, so you will have to check out each one to see if you can be a surrogate mother. There are also different legalities surrounding surrogacy, which varies widely from state to state, but it isn’t difficult to find out.

In addition to that, you have to remember that you have of course got to make arrangements with the woman or couple and sort out all the fine details and contract as well as all the legalities involved and settling payment amongst many other details. This will take quite a chunk of your time so be prepared; and if you already have a family of your own, they will need to be prepared as well, especially young children, as they might not understand that you will be pregnant but not bringing a baby back home.

Finally, you have to remember you have to sacrifice your body for 9 months. And then give the fruit of all your hard work and possibly suffering morning sickness every day away. But many women are surrogate mothers to help out women who are not blessed enough to be able to carry or deliver a baby by themselves.

3 thoughts on “What is a surrogate?”