Should Your Sperm Donor Be Involved in Your Child’s Upbringing?

If you’re looking to have a child via sperm donation, one of the first questions to ask yourself is whether you prefer to go with a known or anonymous sperm donor. You cannot expect any commitment from an anonymous donor. However, opting for a known donation will allow you to involve your donor in your child’s upbringing.

While many people feel more comfortable with the idea of a donor with whom they will have very limited contact, some prefer to choose a sperm donor who is willing to play a more active role in their child’s life. Others even look for a co-parent with whom to raise their child.

If you’re unsure about whether to choose a known or unknown donor, as well as whether or not to involve them in your child’s upbringing, this article will provide you with plenty of useful information about sperm donation and donor-conceived children that should help to make your decision that little bit easier.

Before you start your search and begin browsing profiles, take the time to think about the level of commitment you’re expecting from your donor. If you choose an anonymous donor, it’s simple: your donor won’t be involved in the child’s upbringing and they won’t be considered the legal father. They also won’t have any parental rights and won’t be able to know the identity of the child.

However, choosing a private donor on a dating website or social media is different than selecting a donor in a sperm bank. Online, there are all sorts of profiles. You can find donors who simply want to help people start their family. Nothing more. They are not looking to be involved in the child’s life.

Alternatively, you can also meet donors who want to do more than just donating their semen. Some of them are simply hoping to be allowed to visit the child from time to time, while others want to play a more important, hands on role. 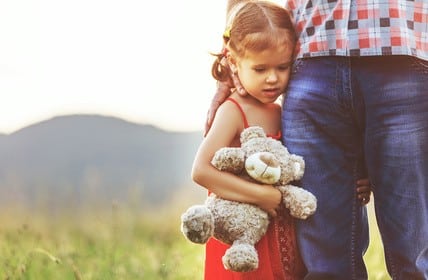 Do children need a male model to develop healthily?

If you’re a lesbian couple or a single woman considering involving a donor in order for your child to have a male role model, the following studies might interest you.

According to a recent study published in the Medical Journal of Australia, children raised by same-sex couples do just as well as the children of opposite-sex parents. A 2014 research paper goes even further, concluding that children of same-sex couples are even healthier and happier than their peers.

These studies did not consider whether or not donors were involved in these children’s lives. However, they do demonstrate that children don’t necessarily require both a father and a mother figure in order to grow up healthily. Children raised by two moms or two dads appear to be just fine.

As for single-parent families, many solo mothers successfully raise healthy and happy children. They are just as capable of guiding and disciplining their child as a male figure or a couple are. Additionally, an uncle, a friend or a grand-father often fulfill a male role in family life. Moreover, according to a Cambridge University study, these children do not suffer from not having a father, and there are no significant differences in parenting quality between solo mother families and traditional family units.

How much do you want your child to know about their origins?

Although they love their parents very much, many children who are born as a result of a donation want to know about their origins and find out more about their biological father. In the US, if you choose an open donor from a sperm bank, your child may be able to know the identity of their donor when they reach the age of 18, giving them a chance to contact and perhaps even meet with them.

Sometimes, single women and even lesbian couples choose a known donor who is willing to remain involved throughout their offspring’s childhood, in order that their kid can grow up having a male role model. The other major argument is to allow the child to know about their origins and biological father and, therefore, to help them build their own identity.

If you choose to maintain contact with your known donor after the birth, you’ll also have to consider the level of commitment you expect from him. He could meet up regularly with your child, while you keep full custody. This could be every few years, each birthday or even every two or three months. You can wait for your child to be a little older before introducing them to their donor or start while they are little. It’s entirely up to you.

Co-parenting with your sperm donor

The level of commitment of the sperm donor can be extended even further. You can choose that they will also be your co-parent, thus sharing parental responsibilities and rights, as well as custody, towards your child. If you choose to have their name written on the birth certificate, be aware that most states in the USA only allow a maximum of two legal parents, except for California, Washington D.C, Louisiana, and a few other states. One of your options is to search amongst your acquaintances for a sperm donor willing to be your co-parent, for instance, a friend. You can also look online, on a dating website or social media.

Whether to involve your sperm donor in your child’s upbringing is a very personal decision and no one but you can decide what’s best for you and your future child. However, even if you feel like you’re already certain of your position, it’s always worth giving the other options a little consideration before making a final decision.

4 thoughts on “Should Your Sperm Donor Be Involved in Your Child’s Upbringing?”