Making a Fatherless Child – How to React to the Child as an Adult?

According to the U.S Census Bureau, 12 million one parent families live in the United States. The majority of them are single mothers.

Around 1 in 4 children grow up without a father, either because of divorce, death or the fact that more women today are choosing to become single mom’s as a lifestyle choice.

Statistics show that fatherless children are at risk of ending up in jail, or becoming pregnant under the age of 18. It’s scary reading, but it doesn’t mean that your child is going to turn out to be a delinquent because he or she hasn’t got a father. 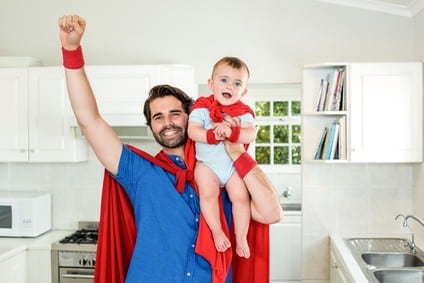 There are plenty of one parent families who have well adjusted, bright children who haven’t become damaged by the lack of a father. Just read the article on the Bump website, Brandy Burgess the author, talks about bringing up a boy on your own. She says it’s not easy, but it is possible. The Aha Parenting blog also confirms, that with love and care a child can be brought up to be as contented as a child with two parents.

Some of the main issues concerning fatherless children are discipline and the importance of a male role model. Single mothers are just as able to discipline their children as their father’s and male role models can be provided for in the shape of a grandfather, an uncle or a family friend.

Children who have father’s, but have lost contact with them because of divorce might suffer abandonment issues and this is why it is really important for couples who are in the process of divorce to keep their child’s best interests at heart.

Children who are born as a result of sperm donation don’t suffer any more than children from a traditional family unit, according to a study at Cambridge University in the UK, which was outlined in an article in the Daily Telegraph. The study showed that there are “no significant differences between single mothers and parented mothers in terms of parenting quality.”

As children get older they may want to get in touch with a father who has lost touch, or want to trace the donor of the sperm by which they were conceived, who is their biological father. In the U.S a donor can choose whether or not to remain anonymous. If he wishes to be traced in the future, he can leave his last known address and a message for his donor children.

There are also websites like Searching for my Sperm Donor Father, which enables sperm donors and children of donors to register in the hope of being traced. Another website is the Donor Sibling Registry this is a worldwide organization, which helps to find donor fathers and siblings.

As Brandy Burgess says in her article, bringing up a child as a single mother means setting limits, providing role models, spending time with your child and giving them plenty of love and care.

Single women who want to find sperm donors can use fertility clinics, buy online or get in touch with donors through a website.

There are millions of fatherless children out there and if you are thinking of becoming a single mom through choice, or you are going through a divorce, don’t let the statistics scare you. Provide what your child needs, which is discipline, love and consistency and you’ll find your child grows up to be as healthy and happy as his friends who have both parents at home.

2 thoughts on “Making a Fatherless Child – How to React to the Child as an Adult?”