Home insemination: What is it?

If you and your co-parent are thinking about conceiving via artificial insemination, home insemination might interest you. It is an alternative choice to being inseminated within a fertility clinic, and will inevitably work out a lot cheaper than paying medical fees to be inseminated professionally.On the other hand, home insemination requires a lot of preparation and good timing, and prospective parents wanting to try this method should be prepared for a lot of work.

What does home insemination involve?

Essentially, home insemination is the process of placing the father’s sperm into the mother’s reproductive tract, and this process is done without sexual intercourse. Couples have found success by using a syringe to inseminate the prospective mother, or sometimes a baster. The semen is introduced into the neck of the womb or at the base of the cervix; the former of known as intracervical insemination and the latter is known as intrauterine insemination. Intrauterine insemination should only be performed by a medical physician, therefore if you are inseminating at home then you should either aim to inseminate at the neck of the womb or ensure that you have a physician present during the process. 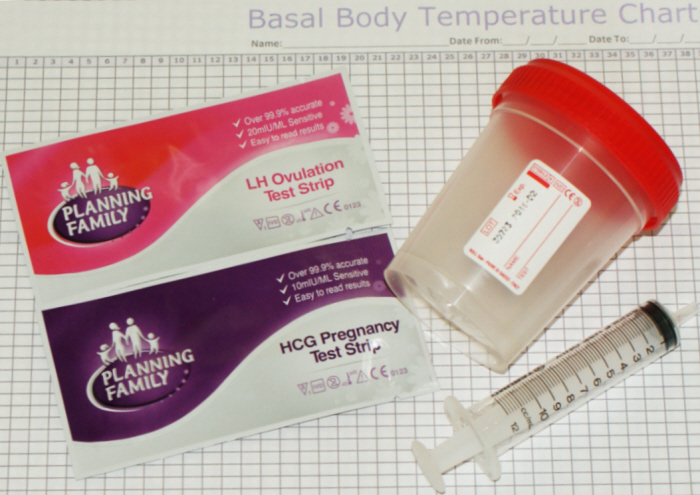 Why is home insemination popular?

Undergoing insemination at home is a popular practice for those who want to have a baby via a co-parenting arrangement, as well as for LGBT couples, those with infertility troubles or single women using sperm donation. Thanks to an at-home insemination kit, the insemination can be easily performed in the comfort of the recipient’s home, for instance, in their bedroom. The familiar environment and the possibility of having their partner involved is a great aid in helping them feel less stressed during the process. Pregnancy success rate is higher when insemination is carried out at home as opposed to in a fertility clinic. This could be explained by the fact that the sperm used is fresh and not frozen, and perhaps also because the recipient feels more relaxed in a familiar place than in an impersonal, cold room. Of course, one major advantage of home insemination is the lower costs involved.

How can I inseminate at home?

Home insemination is made possible thanks to the invention of home insemination kits, which can be purchased from your fertility clinic or from various sellers online. Kits include, as standard, digital thermometers, fertility tests, ovulation tests and pregnancy tests, as well as a numbers of syringes, semen containers and urine containers to ease the process. These kits come with everything that you need for several tries at home insemination, as well as everything that you need to prepare well enough to be successful. With ovulation tests and sample containers, you should be able to coordinate your insemination together with your partners, co-parent or sperm donor.

What are the risks of home insemination?

Home insemination does unfortunately come with risks of infection, and it is important to understand these risks and seek medical advice if any of them concern you before you proceed with your insemination. Both the prospective mother and father should also think about undertaking infection screening prior to the insemination, in order to ensure that no infections are transmitted during the insemination process.The mother being inseminated by a known donor will also have to be aware that the donor will be seen as a legal parent in the eyes of the law, and will need to ensure that if the known donor does not want to be a part of the child’s upbringing, he will have to sign a legal contract rescinding his rights to the child.

How long will it take to become pregnant?

Patience will be required, as becoming pregnant through artificial insemination can take a few months or even a year or more. This is dependent on factors including the partners’ age, fertility and lifestyle. Using your insemination kit, you will be able to test the fertility of all parties, and together with ovulation tests and body temperature charts to work out the most fertile window, you should be able to reduce the number of inseminations required to successfully conceive.

Home insemination has differing success rates depending on the method that you use for insemination. If you choose to go down the route of traditional intercourse, the average young, healthy couple has a 20 to 37 percent chance of conception in the first three months of trying, and 80 percent chance of conceiving a child within the first year of trying.

However, if you are opting for donor sperm or co-parenting, then chances are that you are not looking to conceive through traditional intercourse, and so the statistics will vary for this method of conceiving a child. This will also depend on how you inseminate the sperm into the cervix. If you choose intracervical insemination (ICI), often referred to as the ‘turkey baster method’; the method of injecting semen into the cervix with a needleless syringe, the success rates is usually between 10 to 15 percent per menstrual cycle. ICI is the most common method of home insemination, however if you are able to use intrauterine insemination (IUI) for your home insemination, your chances a marginally better, with a 50 to 60 percent chance of conception during the first six cycles. Inseminating during ovulation will always have the best chances of conceiving, no matter which method you choose.

For a safe and hopefully successful home insemination, follow these tips.
• Have your supplies ready before you begin insemination, this includes a specimen sample cup, and a 5ml syringe for the actual insemination, as well as tools to track your fertility before the event such as ovulation strips and a basal thermometer.
• Make sure you are both comfortable in the environment during the event, decide whether you are more comfortable in your own home, and find out if your donor is happy to make his donation there as well.
• Aim for the right place. Once your donor has done his thing and his specimen is in the syringe, you will need to insert it into the vagina and aim it down towards the back, as close to the cervix as possible.
• Go slowly. Slowly push the plunger to empty the syringe, and leave it in position for at least 15 seconds before you withdraw it slowly. Waste not, want not!

‘Fresh’ donor sperm refers to a sperm donation that has not been frozen; it has been donated within the hour immediately preceding the insemination and is therefore usually donated by a known donor. ‘Fresh’ sperm can sometimes provide better success rates, but the choice between fresh and frozen should be based on other factors such as whether you want to use a known or unknown donor, rather than on success rates. Fresh sperm insemination can be done either at home or in a clinic with a qualified physician, and can be administered via several different methods including ICI and IUI.

Read our guide to learn more about natural insemination.

Leave a Reply to Bella