Genetics and Your Baby

From eye colour to height, your baby’s genes are the blueprint for who they will become.

When you find out you are going to have a baby, your first thought is unlikely to be a genetic profile. But it’s this coded sequence of genes, made up of DNA, that, in many ways, defines us. We each have 23 pairs of chromosomes that make up our unique genetic map, half from our biological mum, and half from our biological dad. These genetic markers help to determine everything from a baby’s sex to their height, hair and eye colour, and even their predisposition to some diseases. Genetics are only part of the story though, with environmental factors like nutrition also playing a significant part in shaping the adult a child will eventually become. We delve into genetics and what impact they could have on your baby’s life, below. 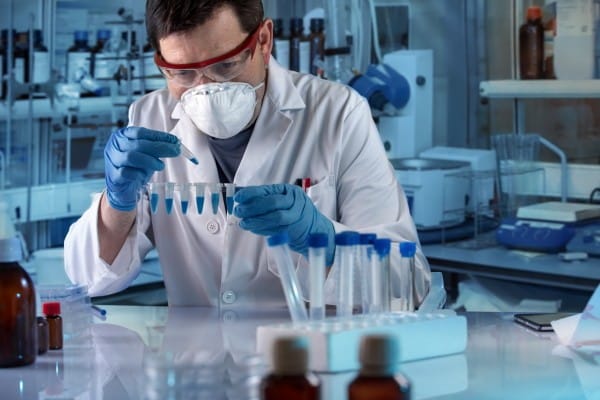 Although the field of genetics is advancing rapidly, there is still a lot we don’t know about how genes work and interact. Each person is not simply a replica of half of their mother and half of their father. Instead, they are a unique individual created by a unique interaction between their biological parents’ chromosomes. And this interaction can vary even between children born to the same parents – which is why all siblings are not identical twins. Genes can also mutate, and these mutations can be inherited.

Can genes help predict what my baby will look like?

Because of the complex way that genes interact, the way a baby will look can be very difficult to predict. Although parents with similar eye and hair colour are more likely to produce children who look like them. But genes can skip generations or interact in new ways. So, you might find that your new bundle of joy shares more in common looks wise with your husband’s great aunt than you or your partner. The variations can be particularly difficult to predict if bio-mum and dad come from different ethnic backgrounds. And that’s part of the joy of creating new life. Your child will always be their own unique individual.

One of the most concerning aspects of genetic research for parents is the role genes play in medical conditions and disease. Some conditions are directly caused by new genetic mutations, that were not present in either parent. Others are caused by an abnormality in the number of chromosomes, as is seen in Down’s Syndrome. In other cases, certain combinations of genes can increase a person’s likelihood of going on to develop a certain condition, like cancer. Some conditions are caused when two genetic carriers of a mutated gene have a baby while other conditions can develop if a child has just one parent who carries a faulty gene. The interaction of genes and their impact on the future health of a child is a complex area of research.

Given we know that genes have a significant role to play in future health and well-being, many parents opt to undergo some form of genetic screening for their new child. During fertility treatment it is usual practice for egg and sperm donors to be screened for genetic abnormalities and markers. Pre-implantation genetic testing of an embryo can also be carried out as part of IVF treatment. While in some high-risk cases, fluid from around a foetus will be collected and tested to determine if they are at risk from certain conditions. Genetic testing is often not absolute and, in many cases, can only indicate that an individual is at an increased risk of a particular disease or condition.

As the technology surrounding genetics grows more powerful, the possibilities for genetic editing become ethically unsure. Screening foetuses for medical conditions is incredibly valuable but what if a parent could choose the sex of their baby? Or perhaps their height, hair colour or even musical ability? Genetic editing is a hot topic of debate for genetic scientists with some countries putting laws in place to protect against the creation of ‘designer babies’.

It’s easy to get caught up in what genes mean for your baby. Especially if you are a non-biological parent. But remember that genes are just part of the story. Our genes may give us the blueprint for life, but it is our environment that shapes and defines us.