Romance with your sperm donor?

Does a romance with your sperm donor sound ideal, or like a highly unlikely match made in heaven? While the conventional way of going about relations between a mother-to-be and her sperm donor is typically nonexistent, like anything, there are always exceptions to the rule. This was the case with forty two-year-old Australian, Aminah Hart, a Melbourne-based mother who sought out her sperm donor and found love, sweet love, in an unlikely romance that has blossomed into a long-lasting commitment. 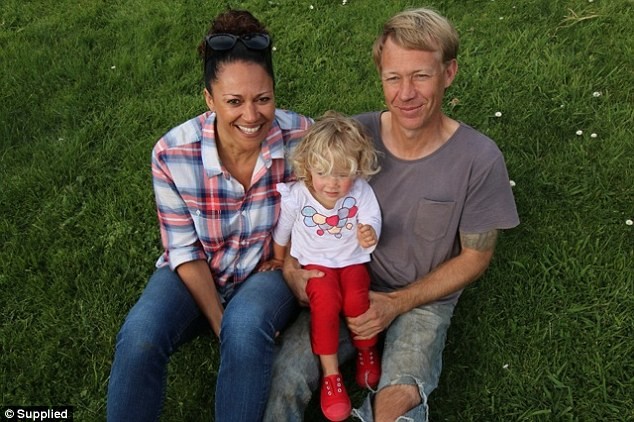 Initially, Aminah’s story was tragic, having lost her first two babies to a genetic disorder known as x-linked myotubular myopathy. The disorder affects boys more often than girls, as was the case with Aminah’s son Marlon, who passed away when he was only four months old. Aminah’s second son Louis, died at the age of twelve months. Heartbroken Aminah figured she was an unlikely candidate to conceive a healthy child with a a sperm donor when she found herself single and childless. However, when legislature opened up IVF access for women in 2010, Aminah gave it another go. She was given five potential prospects to father her child and out of all of them, one stood out from the rest. She chose her donor and and went on to have a beautiful, healthy, blonde baby girl named Leila.

Not long after after Leila’s birth, curiosity got the better of Aminah and soon she and her supportive mother Helen were perusing the internet to find out a bit more about Leila’s biological father’s existence. With the aid of the donor-recipient voluntary register, Aminah and her mother connected with handsome, easy going, farm hand, Scott Anderson. Just before the daughter’s first birthday, the two met and hit it off. He proved to exhibit all the qualities in real life that had attracted Aminah to his paper profile several months before. The two hit it off and, as they say – the rest is history.

Well, not exactly. Aminah was reported to have said that she sees it all as a bright, new beginning, rather than a happily-ever-after. The experienced mother has been around the block enough times to know that life is full of ups and downs and unconventional partnerships. She and her newly beloved have yet to move in together, but they do co-parent and live together most of the time. Leila’s father has a farm and spends much of his time there, while Aminah and her daughter are based in Melbourne. They’ve been a happy family for a little over twelve months now and see nothing but a bright future ahead. With similar world views and parenting styles, the two are pleased with the co-parenting process thus far. In fact, they are now engaged to be married and are planning a wedding towards the end of next year. Now that sounds like a happy ending, indeed!

2 thoughts on “Romance with your sperm donor?”