Co-Parenting and the Legalities

Co-Parenting’s real significance is the manner in which two parents who are divorced or separated bring up any children they have together, even though they now live apart from each other.

However over the last ten years or so Co-Parenting has also come to mean bringing up a child together with someone that you don’t necessarily live with or have any romantic attachment.

Lesbian couples and gay men have embraced the idea of co-parenting in order that they can have a longed for child who has two parents.

Traditionally lesbian couples and single women used an anonymous or known sperm donor and he had nothing to do with the child that was conceived using his sperm. However many women want their child to have a man in their lives and prefer their child or children to have a father, even if they do not live together.

In the United States the law regarding Co-Parenting is still in its infancy and many states do not have laws in place that recognise the legality of a known donor being a father. If you live in a state where there are no laws regarding known donors, you should sign a voluntary acknowledgement of paternity, or a paternity declaration. 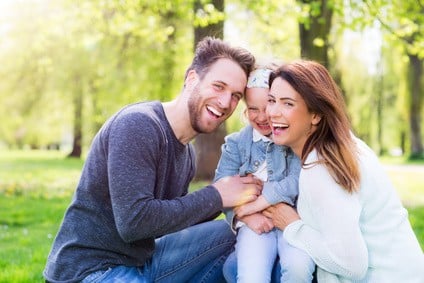 Acknowledgement of Paternity or Paternity Declaration

This is a form signed by the mother and the father declaring that they are the legal parents. In the state of Florida for example the parents can fill out Form D-511 at the hospital in front of two witnesses, or a notary public. The father is immediately recognised as such. Parents can also apply later on after the birth using a different form.

The most important thing about co-parenting is drawing up a coherent agreement that you can refer to throughout your child’s growing up stages. Although in many States the courts decide on what is best for the child, producing a Co-Parent agreement in the event of a problem will show that both parents have a desire to care for and be responsible for that child.

What’s in a Co-Parenting Agreement?

A Co-Parenting agreement should cover as much as posible, here are just some of the topics which should be discussed and written down.

These are just some of the topics that ought to be considered. Think about any other topics that might arise. The more detail you have in your Co-Parenting plan, the better prepared both parents will be.

Now that the whole of America has agreed to same sex marriage, it will hopefully mean that the laws regarding Co-Parenting can be unified or at least set down by each State in the future.