In Australia, laws regarding sperm and egg donation, Assisted Reproductive Technologies (ART) and LGBT parental rights vary according to States and Territories. Most states are now rather progressive regarding these legislations and recent changes in a few states’ laws have made access to ART and adoption legal for same-sex couples and singles. Moreover, although commercial surrogacy is not allowed in all of the Australian States and Territories, altruistic surrogacy is now legal. Co-parenting, particularly when a family consists of three, four or more parents, remains quite complicated in Australia. 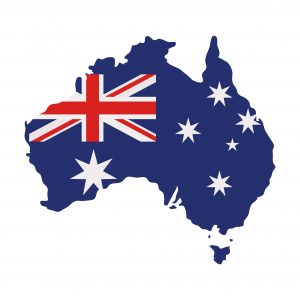 Singles and lesbian women have access to artificial insemination and In vitro Fertilization (IVF) in every state, without having to first prove their infertility, as described in Ethical guidelines on the use of Assisted Reproductive Technology in clinical practice and research (2007).
South Australia has recently given same-sex couples equal access to ART.

Although in Australia, this method of insemination is not against the law if money is not involved.

Donor-conceived people are entitled to know the identity of their biological father or mother, according to ART Guidelines. Australian law permits non-anonymous sperm or egg donors.

However, access to identifying information depends on the date of the children’s conception, as well as on the laws of each individual state.

Commercial trade in human eggs, sperm and embryos is prohibited in Australia. However, donors are entitled to compensation to cover the ‘reasonable expenses’ that are incurred as a result of the sperm donation process. However, as there is no precise definition of the term “reasonable expenses’, the amount of compensation available varies depending on the clinic concerned.

Altruistic surrogacy, wherein a woman (the birth mother) carries and gives birth to the baby of another couple for free, is legal in Australia. Surrogacy is strictly regulated by law and an assessment carried out by a counsellor is required. Legislation concerning surrogacy varies from state to state. For example, Tasmania and South Australia have recently passed laws authorizing altruistic surrogacy. In addition, access to surrogacy for same-sex couples and singles is also dependant on the laws of each individual state.

Entering into a cross-border overseas commercial surrogacy arrangement is a criminal offence in NSW, Queensland and the ACT.

Singles access to adoption is legal in most Australian States and territories, apart from Victoria State. Joint and individual adoption are now legal for LGBT people in every state and territory, except for the Northern Territory.Australian Adoption Guidelines: State by State / Source: Australian LGTB Law blog: lgbtlawblog.blogspot.com

Same-sex step parent adoption is now legal in each state except for the Northern Territory. Same-sex partners’ relationships with their child are now legally recognised.

According to the Family Law Act 1975, the person giving birth and her spouse or partner (heterosexual or LGBT) are considered to be the parents of the child, even when someone else is the genetic parent(in case of surrogacy or donation, for instance). As legislation regarding surrogacy and access to ART depends on the laws of each individual state and territory, same-sex parents’ rights may vary according to where they live. However, lesbian parents who had a child via an ART are most likely to be considered said child’s legal parents, as several comprehensive laws have been passed in the past few years.Section 60H: Children born as a result of artificial conception procedures / Source: Family Law Act 1975: comlaw.gov.au

There is no regulation concerning private arrangements with an egg or sperm donor. Additionally, Australian legislation only recognizes two parents per child. Although a co-parenting plan won’t cover all parenting rights, it can be useful when dealing with certain legal grey areas.