Preimplantation Genetic Diagnosis: What Is It?

If you’re planning to undergo in vitro fertilization (IVF), you might have heard of this technique. Preimplantation Genetic Diagnosis (PGD) is a test used to detect whether the embryos created during IVF carry genetic disorders or chromosomal abnormalities. The testing is performed before the implantation so that the embryos can be carefully selected to prevent genetic conditions being passed on to the child. 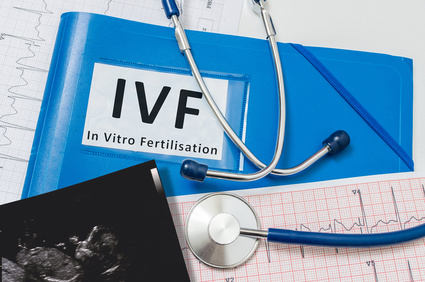 Preimplantation genetic diagnosis: who is it recommended for?

Any couples who want to become pregnant via in vitro fertilization and are worried about passing on genetic conditions to their baby can undergo preimplantation genetic diagnosis (PGD). This technique tests for over a hundred genetic disorders or conditions such as Cystic Fibrosis, Down’s Syndrome, Turner Syndrome, Huntington’s Chorea or Fragile X Syndrome.
PGD is usually recommended when one (or both) of the biological parents have a family history of genetic disorders. Preimplantation genetic diagnosis can also be suggested if one of the partners carries a chromosomal disorder.

The age of the mother matters too, as aging eggs show an increased rate of chromosomal anomalies. Women over the age of 35-38 are considered at higher risk of passing on genetic disorders such as Down Syndrome or cystic fibrosis to their child. You could also be advised to undergo PGD if you have experienced several miscarriages, as chromosomal abnormalities increase the risk of pregnancy loss.

Preimplantation Genetic Diagnosis: how does it work?

The process is undertaken after the eggs have been removed from the woman’s womb and fertilized with the partner’s sperm (or those of a donor) in a laboratory. PGD occurs before the implantation of the embryos into the woman’s womb. Five to six days after fertilization, the embryos have divided into hundreds of cells. They are now called blastocysts.

The four main steps of Preimplantation Genetic Diagnosis are:
1. A few cells are collected from the embryos, when they are about 5 to 6 days old.
2. The DNA of each removed cell is screened to detect whether they are carrying any genetic or chromosomal abnormalities. This step can take a week or more.
3. The embryos that are not carrying any genetic or chromosomal disorders can be transplanted into the woman’s womb.
4. The extra embryos that are not carrying any genetic disorders can be stored and frozen for later use or donation.
If you are considering undergoing PGD, you should be aware that the whole process can take several weeks, from the retrieval to the results. You’ll need to be patient!