Infertility, or the abnormal functioning of either the male or female reproduction system, is an issue that affects 1 in 8 parents. In a third of cases the infertility is due to the father, in another third the infertility is due to the mother and in the remaining third the reason is unknown. Despite perfectly normally functioning reproductive systems on both sides, four percent of parents will suffer from the inability to conceive, or carry a baby to live birth, with no explanation as to why.

Infertility is divided into two types, which explains the point at which they affect parents. 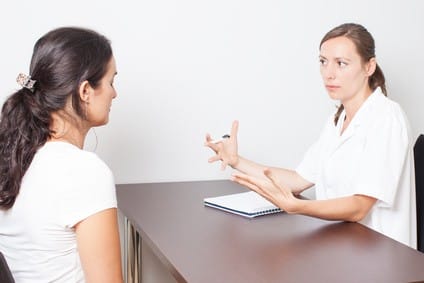 At any one given month, parents with perfectly healthy reproductive systems have only a 25% chance of conceiving. This figure is presuming that intercourse has been timed correctly to coincide with the mother’s ovulation. A woman is fertile for only five or six days per month, up to five days before ovulation and only twenty four hours afterwards. Ovulation usually occurs around day fourteen of the cycle, but can be as early as day ten and as late as day twenty. Sperm can only survive for up to seventy two hours in the female reproductive tract meaning that the window of conception is very small. Those wanting to conceive therefore are advised to either have regular sex, every two to three days throughout the cycle, or to pinpoint the time using commercially available predictor ovulation kits.

Medical conditions that affect ovulation or sperm production can impact greatly on conception. These include Polycystic Ovarian Syndrome (PCOS), blocked fallopian tubes, thyroid issues, fibroids, endometriosis and Pelvic Inflammatory Disease (PID) in women and a low or abnormal sperm count, undescended testicles and ejaculation disorders in men. In addition, many medications including those used for chemotherapy, Non Steroidal Anti-Inflammatories (NSAIDS) and neuroleptics can negatively affect fertility.

Many lifestyle factors can affect fertility. The most common cause here is stress and anxiety. Although smoking and alcohol use, excess body weight and diet can also play a large role too. For this reason, for many, the most popular fertility advice is to lose weight, stop smoking, reduce drinking, exercise regularly, eat more healthily, consider supplementing the diet and to reduce stress wherever possible.

For some however the cause of their infertility remains unknown with no obvious cause, this is more common than many realise, affecting up to thirty percent of those trying to conceive.

One thought on “6 Infertility Causes”